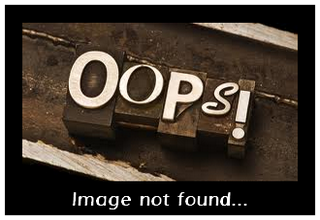 A friend of mine and I were swapping some email, and he pointed out to me that Ron Paul is still running for president. I replied that this makes sense, because there is no way that Paul will ever endorse, John “Warmonger” McCain, so why should he get off the ballot?

He might as well keep spreading his message. The Republican Party already ignores him anyway, so he should stick a thumb in their eye, and ride this campaign out until the end. A little later while surfing around, I came across this nugget posted a few days ago on the USA Today website.

In a small around two paragraph blurb the writer said, “The Republican congressman from Texas continues to raise money for his presidential campaign. He is planning to visit states that have yet to hold their primaries and is urging his small but devoted cadre of followers to hold rallies for the libertarian causes he espouses.” Wow, if that description wasn’t just full of cheap shots. Notice that Paul is essentially characterized as a cult leader with followers. These are a bunch of crazies that won’t get with the program.

What I am trying to figure out is why are some in the media continuing to take shots at Paul?(The media doesn’t take shots at Obama, because his popularity means ratings). The campaign is for all intensive purposes finished. Why pile on? In the interest of full disclosure, I am a Democrat, not a Ron Paul supporter, but I have had the pleasure of talking to hundreds of Paul supporters over the year, and while some of them are a bit out there, 99% of them are good people who are frustrated with both political parties, and believe in Ron Paul.

Paul’s supporters aren’t crazy, spammers, or a cult. They are regular people many of whom gave their time and money to this campaign. Most of his supporters were first time participants in politics, and if anything they were a bit naïve.

The only people I have found to rival the Paul supporters in terms of enthusiasm are the Obama backers. Both groups bring a passion and freshness that is a pleasure to be around. The problem for people who have been Washington, D.C. or the political establishment for a long time is that they don’t understand this passion. It frightens them, so they find ways to disparage it. However, these new participants are the lifeblood of a democracy, and we need their energy, now more than ever.