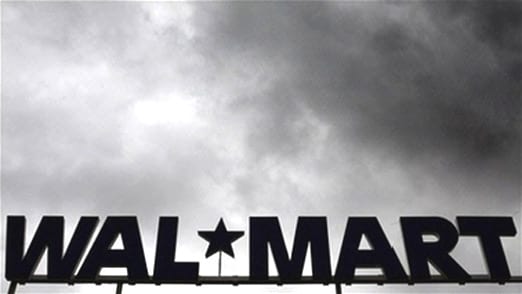 The Walmart company line has always been that the stores aren’t unionized, because employees don’t want a union. In 2011 Walmart’s Northeast Communications Director Steve Restivo said, “I think our associates, time and again, have recognized that it’s not a better deal for them. I think we’ve got a pretty good track record, and I can point to some examples, where our associates have turned down the opportunity to join a union, time and time again. I mean, the organizing effort is fairly aggressive. We have a clear and open line of communication with our associates. Our associates recognize that they appreciate that, and they know that the wages and benefits they receive are extremely competitive in the industry.”

The truth is that Walmart aggressively pressures and threatens employees to prevent them from unionizing. The proof of this behavior came today as Occupy Wall Street released the scripts that Walmart instructs their managers to use in order to keep the unions out.

Here are the scripts.

Script 1. Sharing Your Experience With Unions:

Script 2. Sharing Your Opinion About Unions:

Script 3. Sharing a Fact About Unions:

Walmart expects their managers to be ministers of propaganda. It doesn’t matter that these stories aren’t true, and are riddled with anti-union lies. All that matters is that the unions are kept out.

One of Walmart’s favorite tactics if employees do vote to form a union is to close down. After butchers in Jacksonville, TX voted to unionize, Walmart announced that meat cutting would end at 180 stores. In 2004, after workers in Jonquiére, Quebec voted to become the first unionized Walmart in North America, Walmart closed the store.

Walmart is a serial violator of labor laws who most recently was busted by the NLRB for illegal retaliation against employees who were demanding higher wages and better working conditions. There is a reason why customers are fleeing Walmart for stores like Costco where employees earn a living wage. At a time when the gap between rich and poor has never been greater, many customers are refusing to shop at a chain whose business model is to pay their employees so little that they have to rely on food stamps. Walmart could pay their employees a living wage, but the Walton family has decided not to.

OWS hit Walmart hard by debunking one of the corporate giant’s biggest lies. Employees want to unionize, and soon Walmart will be faced with a choice. They are going to have to treat their employees better or risk collapse, because millions of Americans are tired of supporting the nation’s largest welfare recipients (the Walton family).