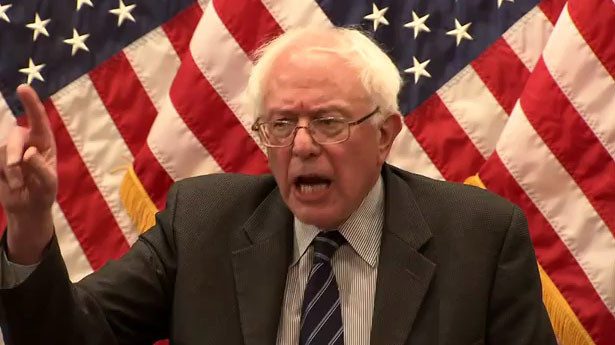 At the First in the South Presidential Candidates Forum with Rachel Maddow in South Carolina, Bernie Sanders blasted Republicans as un-American cowards for trying to suppress the vote. In one of his most animated moments during the Friday evening forum, Sanders exclaimed:

Maybe this is personal, because I run for office… It has never occurred to me as a candidate to figure out a way that I could deny the vote to people because they might vote against me.

What the Republicans are doing is so un-American, it is so outrageous, that it is literally beyond belief. They are political cowards, and if they can’t face a free election, they should get another job.

The Vermont Senator added that every American 18 or older should be registered to vote, “end of discussion.”

Sanders hit on an important point that should be obvious to all but the most partisan defenders of voter ID laws and other voter suppression measures. Republicans across the country have engaged in a variety of voter suppression tactics designed to make it more difficult for people to vote. In many cases, the efforts are specifically tailored to make it harder for people who are unlikely to vote Republican to cast their votes.

All of these efforts are part of the “real crisis’ Sanders alluded to when speaking with Maddow. Of course, those targeted voter suppression efforts are augmented by voter self suppression, whereby eligible voters become so disillusioned that they don’t even bother to vote. Sanders’ campaign is combating both types of voter suppression. He is taking on the Republican Party for their cowardly efforts to deny people their right to vote. He is also giving voice to people who had resigned in cynicism and all but given up on the political process.