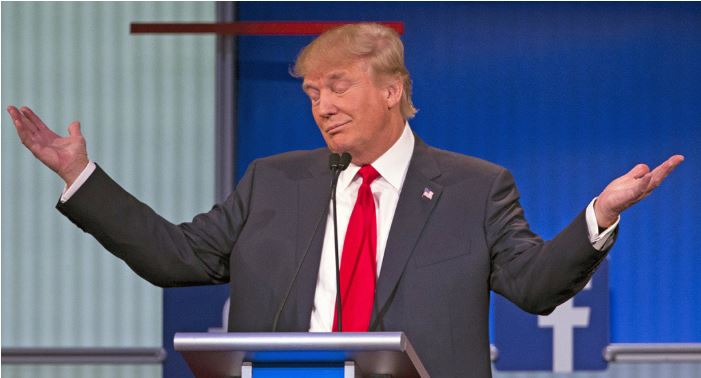 Donald Trump is accusing Hillary Clinton of murdering an Iranian scientist with her private email server.

Many people are saying that the Iranians killed the scientist who helped the U.S. because of Hillary Clinton's hacked emails.

Trump’s statement is both false and completely insane.

There is no proof that Hillary Clinton email was hacked. The FBI found no proof that her account was compromised. The Iranian government said that they executed nuclear scientist Shahram Amiri because he gave the United States information about Iran’s nuclear program. Clinton’s emails had nothing to with Amiri’s execution, but Donald Trump has never meshed well with facts or reality.

Donald Trump refuses to be a good boy and read off his teleprompter in an attempt to fool voters into believing that he is sane.

Trump can’t help himself. He has to say crazy things like Hillary Clinton murdered an Iranian nuclear scientist with her emails. It is what he does.

Republicans can keep trying to shoehorn Trump into the presidential nominee mold, but at the end of the day, Trump remains a 70-year-old white man who gets his information from Fox News and conservative conspiracy websites.

Trump is Trump, which means that speeches on the economy will be followed up with tweets about Hillary Clinton being a murderer.

There are a lot of reasons why Republicans may lose this presidential election, but the fact that Donald Trump perfectly represents their base is the biggest one of all.

Donald Trump embodies the collective insanity that has gripped most of the Republican Party.