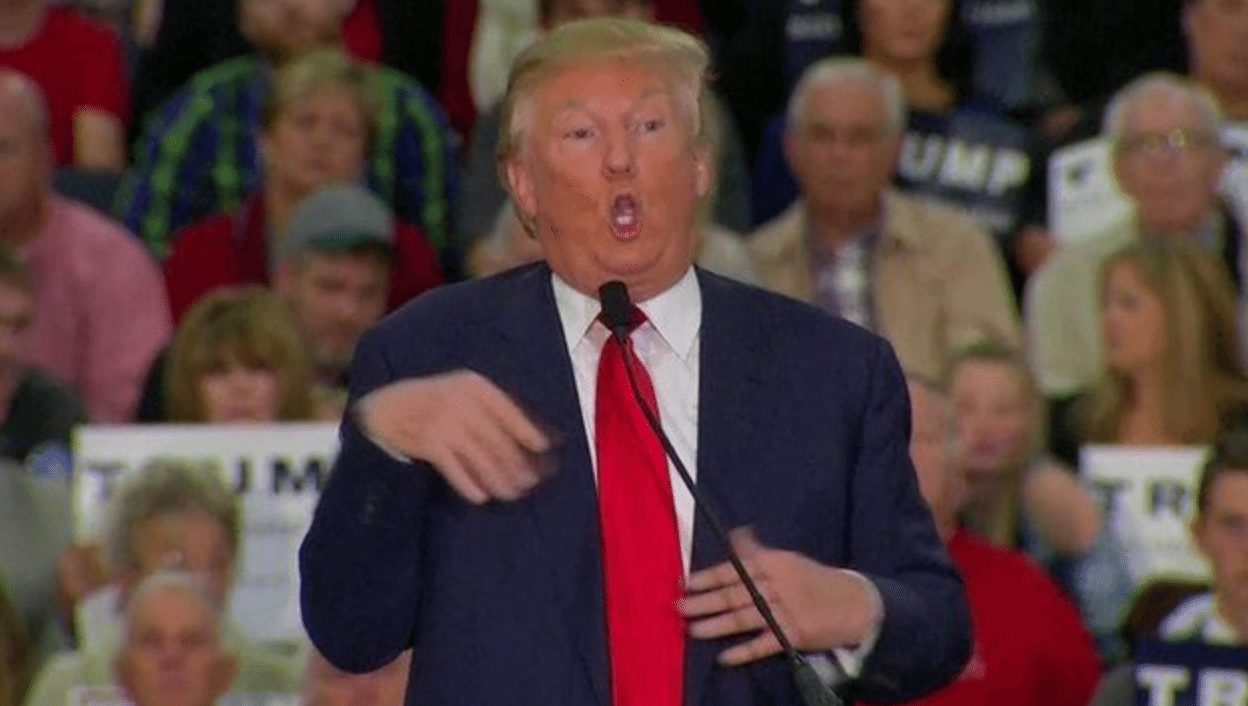 Kids are shouting “build the wall!” at Latino kids in school and waving their hands around to imitate a disabled kid like the Republican nominee for president Donald Trump did.

This is what is happening in our schools, according to reports by educators relayed in a press call with reporters Monday.

Teachers and educators are becoming increasingly alarmed, so much so that their union, the National Education Association (NEA), is going to spend 6 figures on a digital campaign and direct mail buy to help amplify their message about the alarming trend of increased bullying due to the 2016 presidential election, which has been dubbed the “Trump effect.”

Joy Bock, a middle school social studies teacher from Pataskala, Ohio, described herself as a lifelong Republican, who will be voting Democrat for first time in her life for many reasons, not the least of which is, “We must not have a bully in the White House.”

“In all of my years as a teacher I have never had to think about how to undo the harm a candidate for president is doing,” Bock explained. Teachers are used to dealing with bullying, but it’s very hard to explain to kids that they shouldn’t be doing what an adult who is running for president is doing.

The Ohio Republican recounted one of her students saying, “If Donald Trump wins, I’ll be sent back to Peru.” The 14-year-old girl, a citizen, said her parents fear it will not be safe in the United States for them if Trump wins, so her family will want to move. Boch said this is not an isolated incident.

Ellison explained that Democrats and Republicans are used to debating about ideology, but this is new.

“Are we going to be sent away? And reports of 8 and 9 year olds being called terrorists,” Ellison said, speaking to the fears and anxieties being provoked in students by Donald Trump’s rhetoric. “Story after story… Kids pulling hijab off of students’ heads and the kids yelling ‘Trump, Trump, Trump.’”

“Women,” Ellison continued referencing the disrespectful way Trump speaks about women, “the last time I’ve heard that kind of talk is in the locker room in high school. It’s having a spill over effect.”

“This is something I find physically worrisome,” the Democratic Congressman said.

“When he made fun of the reporter with the disability,” Ellison continued, “… kids are chasing each other around and one kid says ‘that kid is a psycho, he was moving his hands around like Trump does in that video.’”

A Southern Poverty Law Center (unscientific) report “found that the campaign is producing an alarming level of fear and anxiety among children of color and inflaming racial and ethnic tensions in the classroom.” They dubbed this trend the “Trump effect.”

Just a few examples from the report:

“My students are terrified of Donald Trump,” says one teacher from a middle school with a large population of African-American Muslims. “They think that if he’s elected, all black people will get sent back to Africa.”

Given that the SPLC report was done in April, it is hard to determine how much worse things are now that the rhetoric has only gotten worse, with Trump and his surrogates suggesting Hillary Clinton might be shot and should be lined up in a firing squad and shot.

Lily Eskelsen García, president of the National Education Association, said teachers are used to dealing with bullying as professionals. “But we have become alarmed with is how many teachers, apart from the normal…” are raising concerns. “They’re quoting Donald Trump. That’s the part that makes it really different.”

Garcia said it’s difficult because teachers can’t share political opinions, and no teacher is going to bring partisan politics into the discussion but they have to find a way to say that kids shouldn’t always do what adults are doing. That we need to treat each other with respect.

She pointed out that that how you look is an issue with being bullied. Kids who are overweight, disabled, a minority are being picked on using rhetoric that we’ve heard Trump use. Garcia said teachers are having a hard time saying we need to treat people with respect when the Republican presidential candidate is not.

This election is having a horrible effect on our society as a whole, but what is truly heartbreaking is to see young children being taught that it’s okay to mock a disabled person, humiliate a woman because she’s overweight, tell someone they don’t belong here because of their skin color, and bully another child because of their race or religion.

These are the sorts of behaviors parents and educators teach are wrong, but now we have Donald Trump teaching our kids that it’s good to bully others.

The man running for president is doing it, so why not.

For more information on how to deal with general bullying at school, go to NEA.org/bullyfree