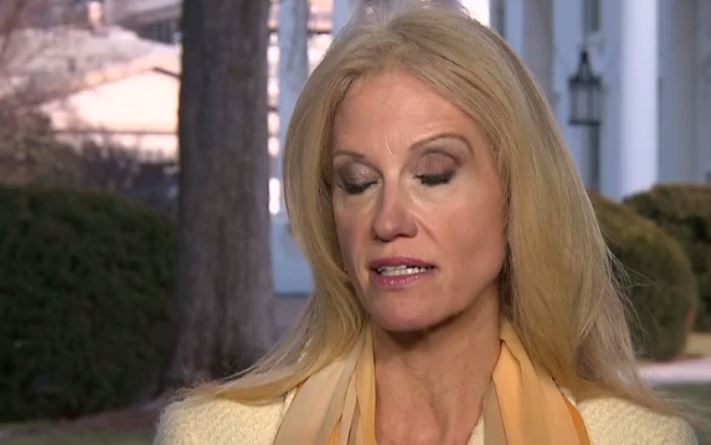 Kellyanne Conway claimed that the press is not showing proper respect to Trump, which is why the president continues to attack the media.

Conway answered, “Agreed. And let me just say it has to go both ways. I mean. I do, Jake. I sincerely don’t see a lot of difference in coverage from when he was a candidate, and when he became the Republican nominee, the president-elect, and indeed, the president. Some outlets, some people are covering him the same way, and it doesn’t have a great deal of respect for the Office of the President, and its current occupant.”

Kellyanne Conway then complained about CNN giving too much coverage to Trump’s Muslim ban.

It’s clear that by respect, Kellyanne Conway meant more favorable coverage towards Trump. Press outlets should cover Trump in an even more critical manner now that he is president than they did when he was a candidate. One of the problems in the media coverage of the 2016 election is that too many members of the media didn’t take Trump seriously as a candidate.

Donald Trump got softer coverage as a candidate as cable news found a campaign that they thought was nothing more than a ratings draw sideshow. Now that Trump is president, he is being covered like a president, and this White House doesn’t like it.

President Trump is the person who claimed to be at war with the press. It was Trump who repeated the comments of his White House senior adviser Steve Bannon who called the media the opposition party.

The press has been very respectful of the President. The problem is that Donald Trump has no respect for the free press.

The White House complaints about a lack of respect are only serving to remind reporters to examine Trump at all times with a critical eye because Donald Trump doesn’t want respect. He wants to silence disagreement and dissent.