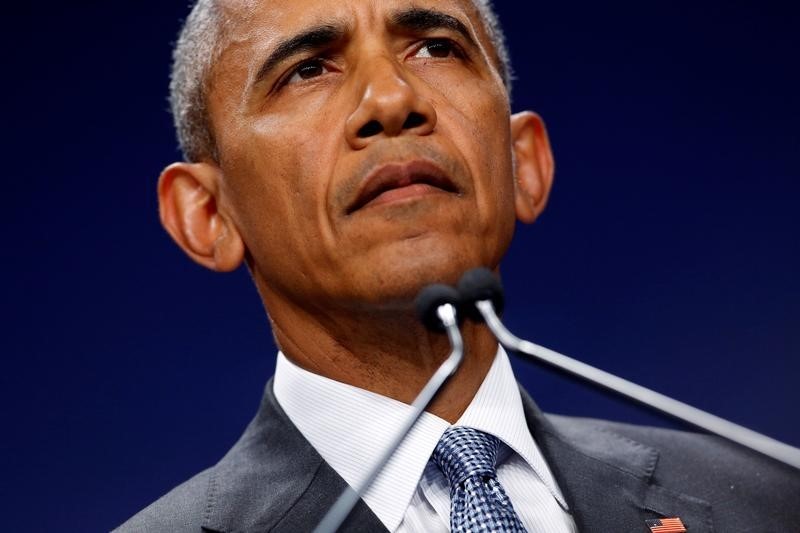 Republicans, whose economic agenda is basically written by and for Wall Street, are now threatening to go after former President Obama’s pension after it was revealed that the former president will accept money for a speech he’s delivering to … Wall Street.

According to USA TODAY, GOP Rep. Jason Chaffetz of Utah – in response to Obama’s planned $400,000 speech to Wall Street –  will reintroduce legislation to curb pensions of former presidents.

Last year, then-president Barack Obama vetoed a bill that would have curbed the pensions of former presidents if they took outside income of $400,000 or more.

So now that former president Barack Obama has decided to accept $400,000 for an upcoming Wall Street speech, the sponsors of that bill say they’ll reintroduce that bill in hopes that President Trump will sign it.

“The Obama hypocrisy on this issue is revealing,” said Rep. Jason Chaffetz, R-Utah, chairman of the House Oversight and Government Reform Committee and sponsor of the 2016 bill. “His veto was very self-serving.”

Chaffetz and Sen. Joni Ernst, R-Iowa, the sponsor of the companion Senate bill, say they will re-introduce the Presidential Allowance Modernization Act this month.

Like just about every other president in modern history, Obama plans to give paid speeches after he’s out of office. His upcoming speech to Wall Street likely won’t be the last in what will probably be a long list of post-presidency speeches to various organizations.

Why do Republicans suddenly feel that presidents should now be punished for delivering paid speeches just because it’s Obama who’s doing it?

I’ll leave that to others to speculate on.

Ultimately, one thing is clear: Even when Barack Obama isn’t in the White House, Republicans in Congress are trying to bring him down.