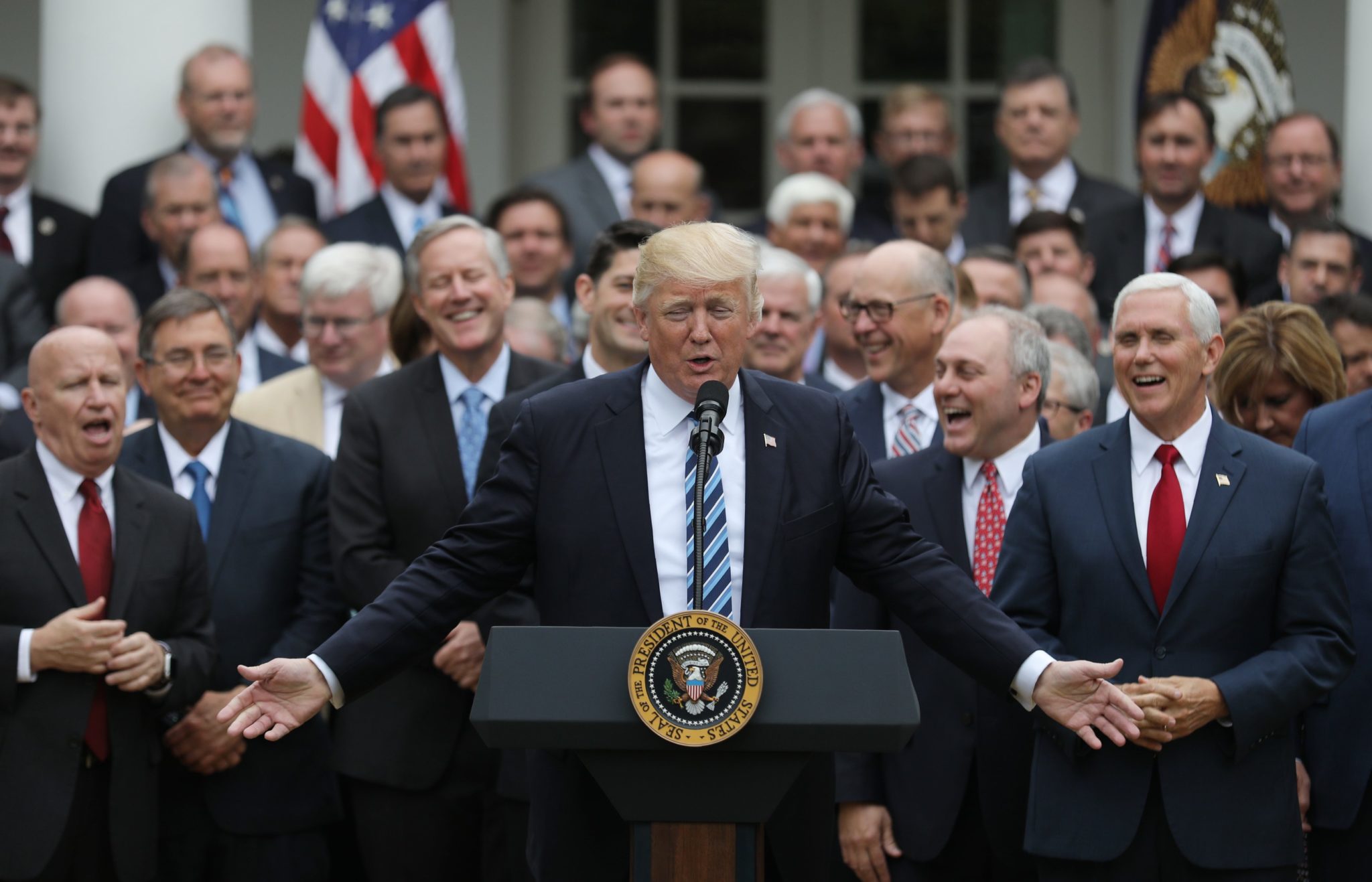 Donald Trump and his Republican allies in Congress are celebrating a procedural victory in the Senate to advance debate on their tax scam, but a new report finds that millions of senior citizens – some of the most reliable voters – would be sacked with higher taxes if the proposal makes its way through Congress.

According to AARP, the GOP proposal would initially hike taxes on 1.2 million seniors, but over ten years that number would quadruple, raising taxes for 5.2 million elderly Americans by 2027.

As a result of sunsetting the SFC’s middle-class tax cuts, the projected number of taxpayers 65+ experiencing a tax hike would jump more than four times in eight years from 1.2 million in 2019 to 5.2 million in 2027. Add the 5.6 million older Americans who would see no tax change in 2027, and the total number of taxpayers 65+ not receiving a tax cut rises to 10.8 million. As for taxpayers 65+ with incomes below $65,150, by 2027, 36 percent would either see no change in their income taxes or experience a tax increase compared to under current law.

Not only would taxes go up on millions of senior citizens, but the same report noted that they could see a drop in the benefits they receive from programs like Medicare, which provides the elderly with critical health care.

“As the result of growing deficits, they may receive reduced value from Medicare or other programs that are central to older Americans’ wellbeing,” AARP continued.

While the current GOP tax proposal still has some hurdles to clear before heading to Donald Trump’s desk for final approval, it cleared an important obstacle today in the U.S. Senate with no Republican senators opposing the disastrous measure.

As Jason Easley noted a short time ago, “By a party-line vote of 52-48, Senate Republicans have voted to advance their legislation that raises taxes on the poor and middle class while giving a massive tax cut to the richest Americans.”

With Republicans desperate to advance their tax scam by the end of the year, it’s possible their proposal could be rushed through Congress by week’s end.

The GOP megadonor class would be thrilled because it’s a massive handout to the wealthiest income earners and businesses, but millions of middle-class Americans and senior citizens would be left with the bill.