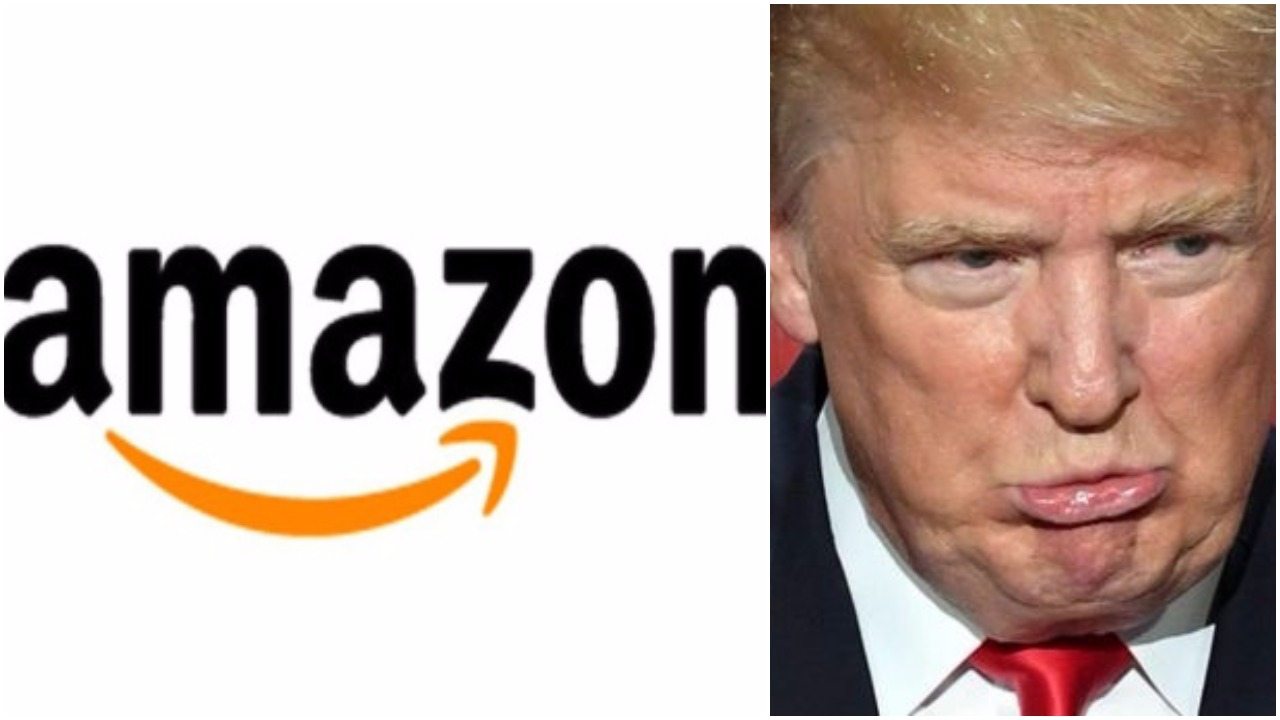 In an Easter eve Twitter rampage on Saturday morning, Donald Trump tweeted a lie that even his own advisers have begged him not to repeat.

In two unhinged tweets, the president upped his personal feud with Amazon – likely in an effort to attack Jeff Bezos, who also owns the Washington Post – by claiming the online giant is hurting the U.S. Postal Service.

While we are on the subject, it is reported that the U.S. Post Office will lose $1.50 on average for each package it delivers for Amazon. That amounts to Billions of Dollars. The Failing N.Y. Times reports that “the size of the company’s lobbying staff has ballooned,” and that…

…does not include the Fake Washington Post, which is used as a “lobbyist” and should so REGISTER. If the P.O. “increased its parcel rates, Amazon’s shipping costs would rise by $2.6 Billion.” This Post Office scam must stop. Amazon must pay real costs (and taxes) now!

According to a recent Axios report, which I cited earlier this week, “Trump tells people Amazon has gotten a free ride from taxpayers and cushy treatment from the U.S. Postal Service.”

But Trump’s own advisers have repeatedly tried to inform him this his perception about the online retailer is completely unfounded.

“The whole post office thing, that’s very much a perception he has,” one source said, according to the same Axios report. “It’s been explained to him in multiple meetings that his perception is inaccurate and that the post office actually makes a ton of money from Amazon.”

Not to mention that the post office, according to Axios, added delivery on Sunday in some places because “Amazon made it worthwhile.”

Trump is pretending his latest attacks on Amazon and Jeff Bezos are about saving other retailers from going out of business, but that’s not what this about.

After all, the U.S. has lost tens of thousands of jobs in the retail sector just since Trump was elected. Since 2001, retail has shed nearly half a million jobs. In the same time period, the coal industry – the one Trump incessantly drones on about – shed just 22,000 jobs.

On that very real jobs crisis, Trump has been silent.

“President Donald Trump championed himself as a savior of the American worker during his campaign,” Business Insider noted. “But he has been largely silent on the biggest crisis facing these workers: the collapse of the retail industry.”

That’s because this isn’t about sound policy proposals or helping American workers. It’s always about scoring political points and protecting his ego.