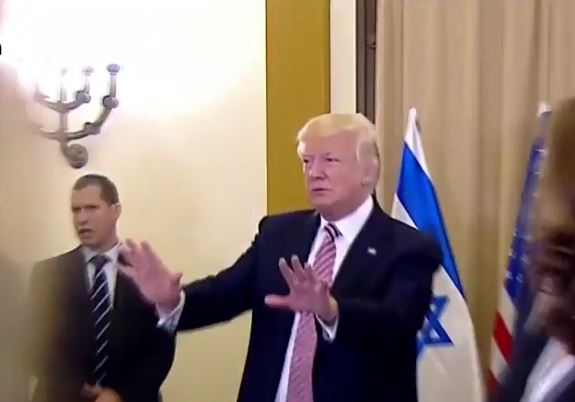 Update: This story has been corrected to reflect that this is an opinion piece, and not a factual statement about the president’s menconditiontion.

President Donald Trump is undergoing significant cognitive decline and must be tested for dementia according to a new report in USA Today.

Noted psychologist John Gartner wrote the report in which in which he breaks down the new evidence supporting his conclusion. It is based on the president’s increasingly bizarre and unhinged behavior.

Gartner says that for months he’s been increasingly concerned about Trump’s mental condition. Recently his alarm has grown as he has observed the steady decay of the president’s speech patterns.

Gartner wrote that in Alzheimer’s, as language skills deteriorate, there are two types of obvious speech disorders. Then he added:

“Semantic paraphasia involves choosing the incorrect words… Phonemic paraphasia, which is linked to the moderate to severe stages of Alzheimer’s, is described as ‘the substitution of a word with a nonword that preserves at least half of the segments and/or number of syllables of the intended word.’”

The psychologist then gave examples of these disorders, as exhibited by Trump. For example, he recalled the president demanding to know the “oranges” of the Mueller probe, as well as references to “midtowm” and “midturn” elections.

While the press reported these slip-ups as harmless gaffes by the commander-in-chief, Gartner says they’re a clear sign that Trump’s mental faculties are failing. And there are other such signs, confirming his conclusion of dementia.

For example, his long bizarre rants in front of reporters and his rally crowds are evidence of a very disordered mind which is not functioning correctly.

“Trump’s speech patterns appear even more disordered when you go beyond the sound bite and look at a whole speech.”

“He careens from one thought to the next in a parade of non sequiturs, frequently interrupting himself in the middle of a sentence to veer into another free association.”

“When commentators described his two-hour speech at the Conservative Political Action Conference last month as ‘unhinged,’ they were referring in large part to this quality.”

Trump’s Dementia Is Getting Worse — and Getting Dangerous

We’ve been writing about Donald Trump’s dementia for well over a year.

Over the past month we’ve had several articles about how Trump’s bizarre rants are clear evidence of his mental decline. There have also been discussions about this problem from such prominent former Republicans as Joe Scarborough and George Conway.

The truth is that Trump’s mental illness is getting worse every day, yet he holds the future of the country — and possibly the world — in his hands. He not only possesses the U.S. nuclear codes, but has also been acting increasingly like a dictator.

With Donald Trump as president none of us are safe, and he should be removed from office as soon as possible.

Editor’s Note 11:20 AM: This title was amended to say “suggests” instead of “proves”.