According to the Fox News survey, Trump would lose the battleground state of Nevada if he faces any of the top three Democrats – Joe Biden, Bernie Sanders or Elizabeth Warren – in next year’s election.

He trails Biden and Sanders by seven points in the state, and he’s bested by Warren by three points. In a hypothetical matchup with South Bend Mayor Pete Buttigieg, Trump and the Democrat each earn 41 percent support. 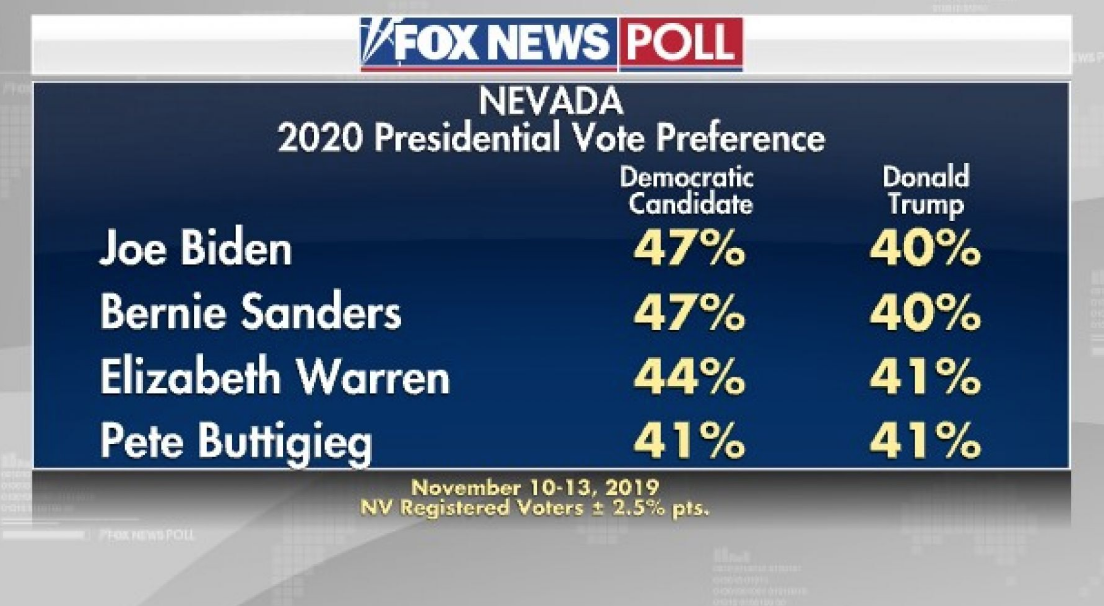 In 2016, Hillary Clinton carried Nevada by just two percentage points. Each of the top three Democrats is poised to expand the Democratic margin of victory in the state.

Trump is in trouble in North Carolina

An even bigger sign of trouble for the president comes from a state that he did carry in 2016 – North Carolina.

According to a Fox News poll of the state, Trump trails both Biden and Sanders in the state, while a matchup between him and Warren is a dead heat. Buttigieg trails Trump by four points in the state, likely driven by the fact that he has lower name recognition than the other Democratic candidates. 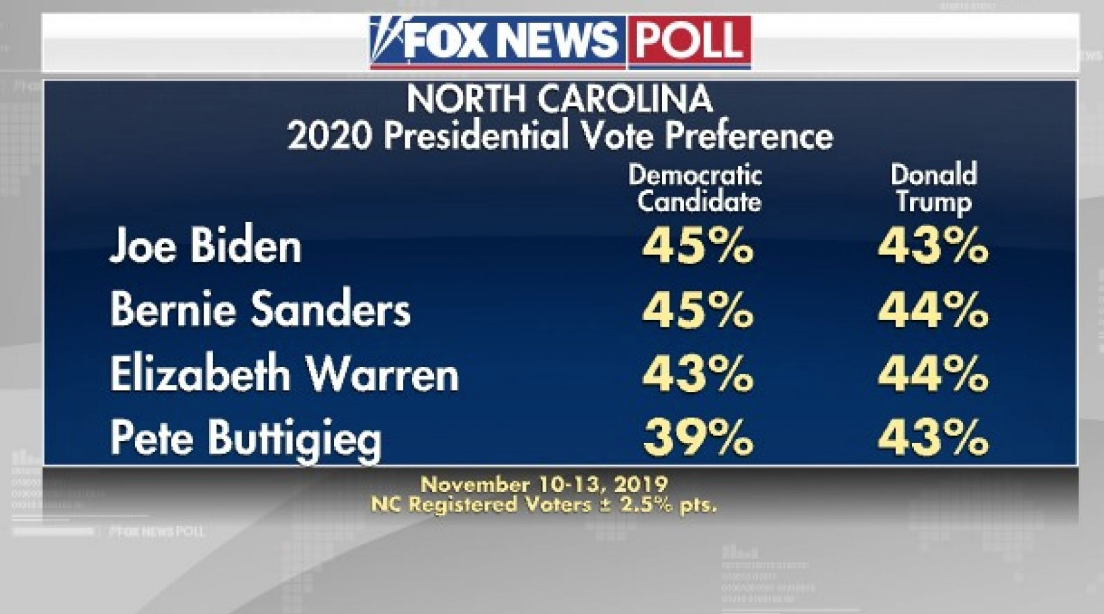 Between Nevada and North Carolina – and another poll released from Pennsylvania earlier Thursday – Democrats are well-positioned to hold states Hillary Clinton won in 2016 while winning back the swing states Trump managed to barely win three years ago.

It’s clear that impeachment continues to take its toll on the president, even in battleground states like Nevada and North Carolina.

In Nevada, a plurality of voters (47 percent) believes the president should either be impeached or impeached and removed. In North Carolina, a state Trump carried, respondents were basically split on the issue.

As the impeachment inquiry continues to ramp up in the coming weeks with more damning testimony from Trump administration witnesses, it’s hard to imagine that these numbers will improve for the president.