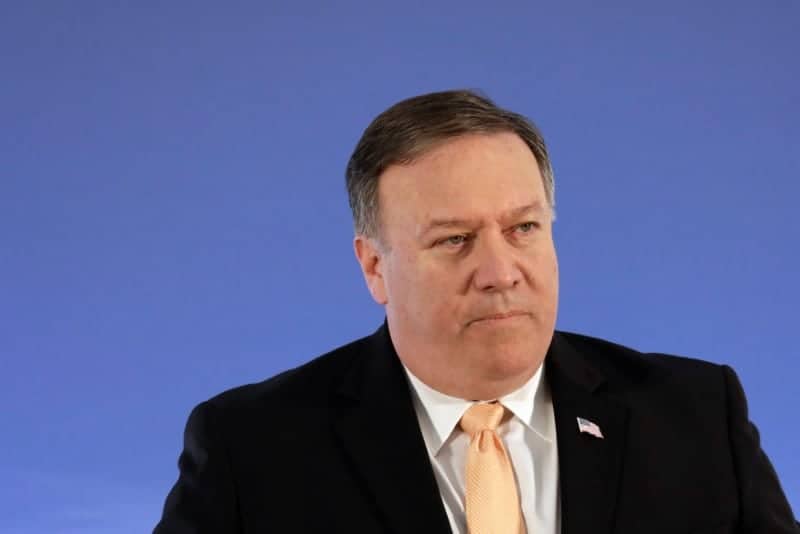 There is a report that Sec. of State Mike Pompeo is planning to resign because Trump is hurting his reputation and potential Senate bid.

Via Yahoo News:
Donald Trump’s secretary of state has reportedly told three prominent Republicans that he is planning to resign from the White House to run for a Senate seat.

Mike Pompeo had planned to stay at the State Department until early spring 2020 but he is now concerned that his connection to Mr Trump, particularly through the impeachment inquiry, is hurting his reputation, according to a Time report.

The Republicans quoted in the piece reportedly include a former Trump administration employee and another who remains in the government, while the third has served in several high-ranking posts.

When Pompeo says that Trump impeachment is hurting his reputation, this is the kind of thing that he is talking about:

As PoliticusUSA’s Sarah Jones predicted earlier on Wednesday, “As anyone with even two operating brain cells could see from the beginning based upon Trump’s own personal history as a “businessman”, anyone who works with him will get burned. The only question now is just how much harm they will each face. From impeachment to just the stench of disgrace, Trump is the rotten egg that they won’t ever be able to wash off.”

Mike Pompeo wants to run for Senate in Kansas, so he is fleeing Trump in an effort to get the impeachment stank off of himself before declaring his candidacy. The odds are it won’t work because as others who have been contaminated with Trump stink can attest, that smell doesn’t come out in the political wash.