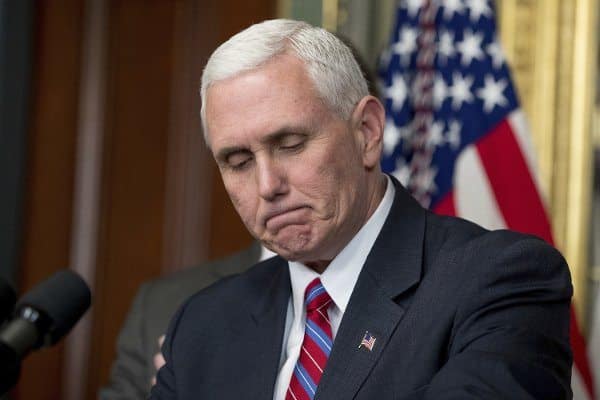 Mike Pence pulled a page out of the Bush WMD playbook by falsely linking Suleimani and Iran to the 9/11 attacks.

According to a New York Times fact check:

Mr. Pence said on Twitter that General Soleimani “assisted in the clandestine travel to Afghanistan of 10 of the 12 terrorists who carried out the September 11 terrorist attacks in the United States.”

This lacks evidence. How Mr. Pence arrived at this number and this account is unclear. From what is commonly known about General Suleimani and the group of men who carried out the Sept. 11 attacks, their paths did not cross.

By 2001, General Suleimani had already been named the head of the Quds Force, the powerful security branch that often coordinates with other terrorist groups worldwide. Yet General Suleimani was not named at any point in the “9/11 Commission Report.”

In fact, the report states in no uncertain terms that neither the Iranian government nor Hezbollah, a group that General Suleimani worked closely with, ever knew anything about the attacks or helped facilitate them.

The Trump administration is pulling a page out of the Bush playbook. The Bush administration tried to falsely link Iraq to 9/11, but when that lie didn’t work, the administration settled on the WMD lie as their justification for invading Iraq.

The current administration is following a similar course. The Trump administration’s claim that an attack from Iran was imminent has been proven false, so Trump and Pence are linking Iran to 9/11, as they are seeking a defensive justification for their actions in a bid to thwart the House from blocking funding for military action in Iran.

Trump and Pence are trying to distract from impeachment and put themselves on stable 2020 footing as a wartime administration.