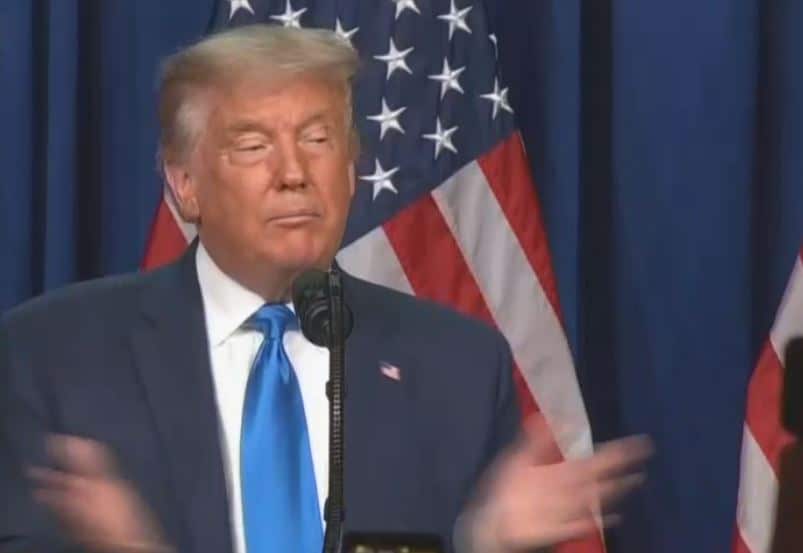 The almost inconceivably painful narcissistic injury Trump suffered on his last humiliating day as president included a typically Trumpian temper tantrum in which once again, his rash thrashing threat resulted in a situation that Trump was forced to walk back only days later.

Trump was going to start his own third party, convinced that the GOP couldn’t survive without him, backed by Don Jr.’s belief that the party had been insufficiently loyal to Trump, according to ABC New’s Jonathan Karl’s new book Betrayal.

“He got right to the point. He told her he was leaving the Republican Party and would be creating his own political party. The president’s son, Donald Trump Jr., was also on the phone. The younger Trump had been relentlessly denigrating the RNC for being insufficiently loyal to Trump. In fact, at the January 6 rally before the Capitol Riot, the younger Trump all but declared that the old Republican Party didn’t exist anymore.

Ironically, Trump made his fury-fueled announcement during a call McDaniel made to simply wish Trump farewell. Trump doesn’t fare well when feeling like the ultimate loser. It sounds as though McDaniel suddenly felt like a loser, too:

“You cannot do that,” McDaniel told Trump. “If you do, we will lose forever.”

“Exactly. You lose forever without me,” Trump responded. “I don’t care.”

As one might expect, Karl writes that Trump wanted to punish the people he believed put him in such a situation, one in which they didn’t fight “hard enough” (despite the unprecedented lawsuits, objections, and insurrection), to overturn the election results. He hurt, he wanted to hurt them.

Karl writes that despite the rashness of the decision, Trump had actually made up his mind, he was going to do it, despite the fact that McDaniel told him that he would not only ruin the GOP but ruin his own legacy. “I don’t care,” Trump responded.

He learned to care, deeply, days later when the party decided it needed to fight back just as hard and be willing to hurt Trump:

McDaniel and her leadership team made it clear that if Trump left, the party would immediately stop paying legal bills incurred during post-election challenges.“

Ouch. Trump faced an avalanche of legal bills and he had to know that the lawsuits were just beginning.

The party then lowered an even bigger hammer. Trump would lose access to the RNC’s 40 million donor list, an asset valued at $100 million dollars. Not only would Trump lose access to a crucial component of his ability to raise his own campaign money, but Trump made significant money “renting the list out” to other candidates in need of donations.

Five days later Trump announced he would remain within the party.

By all appearances, Trump absolutely wanted the GOP destroyed. As always, though, his own needs came first and he refused to hurt himself while exacting revenge. Typically Trumpian. Emotional, wrathful, injured, seeking revenge, looking to hurt any and all around him, right up until it got down to money and an assessment as to the financial cost. It changed everything. With Trump, money always does.