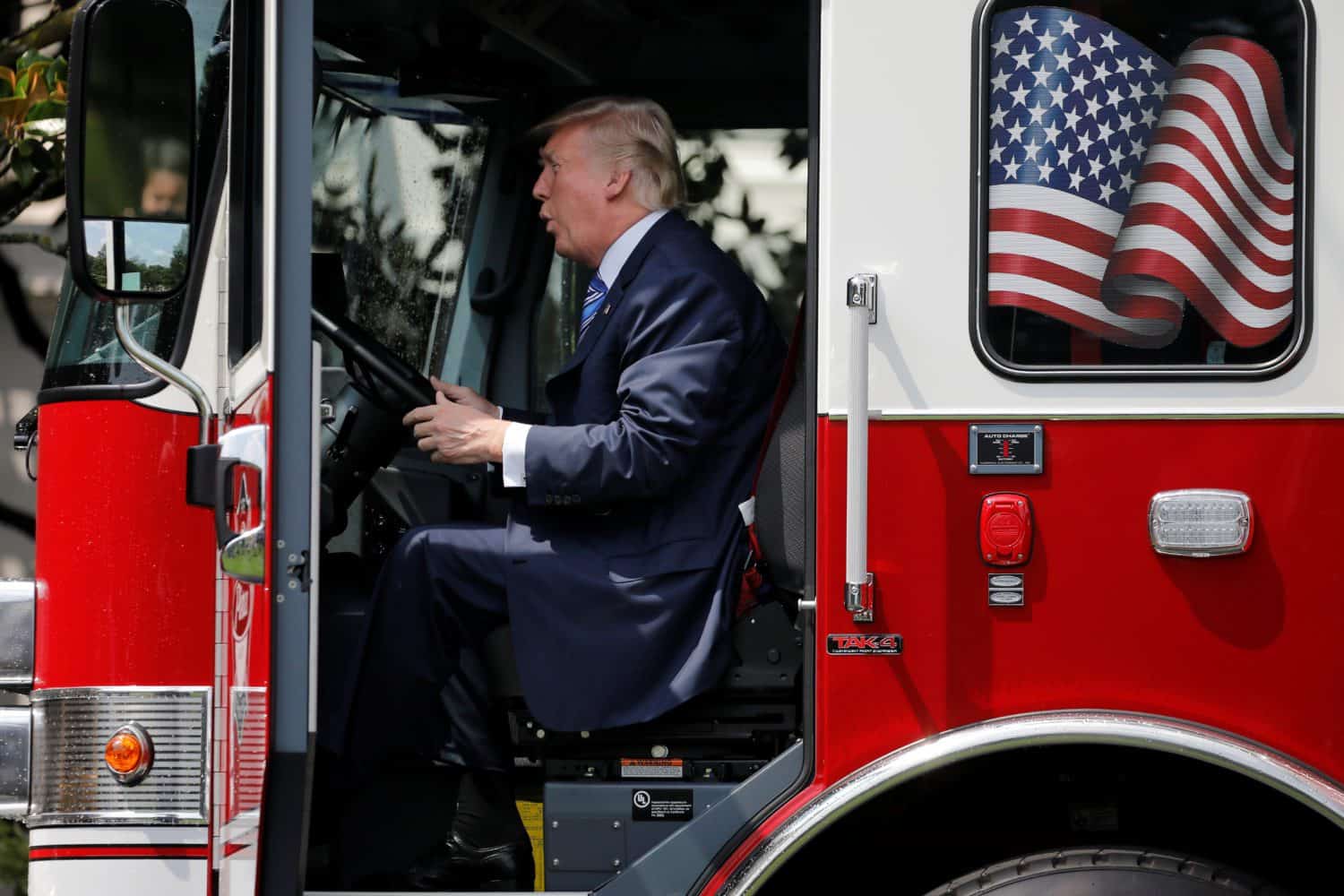 Update: The Pro-Putin truckers have decided not to go to DC today.

A trucker convoy that has embraced a pro-Putin conspiracy theory is heading for Washington, D.C. and the White House.

While some group members have admonished Russian President Vladimir Putin for the invasion, QAnon and anti-vaccine contingents within the groups have seized on a false conspiracy theory that the war is a cover for a military operation backed by former President Donald Trump in Ukraine.

The conspiracy theory, which is baseless and has roots in QAnon mythology, alleges that Trump and Putin are secretly working together to stop bioweapons from being made by Dr. Anthony Fauci in Ukraine and that shelling in Ukraine has targeted the secret laboratories. Fauci, director of the National Institute of Allergy and Infectious Diseases, has emerged in the past year as a main target for far-right conspiracy theories.

In the conspiracy theory, Trump and Putin are the good guys who are trying to stop the secret bioweapons being made by 80 something-year-old Dr. Fauci.

These truckers are not patriots, and they are tools of Putin’s propaganda. People are not dying in Ukraine for a cover story.

The people in this protest are pro-Putin, and they are coming to America’s Capitol because they are angry about everything, especially their old-white messiah getting trounced in 2020, and they want everyone to know about their white rage.

Putin fits perfectly with their mentality.