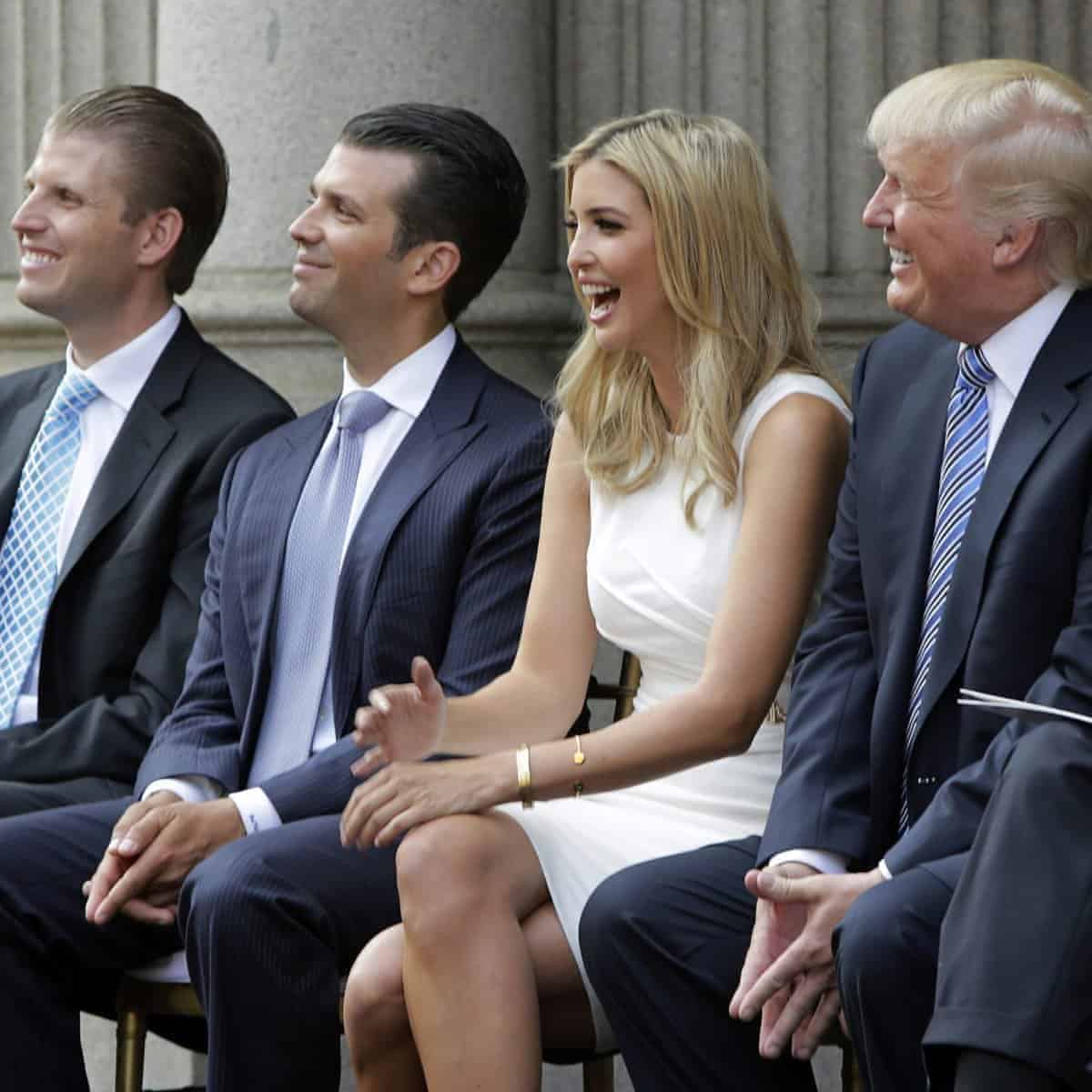 In shocking news reported by The Guardian, the 1/6 Committee is now focusing on a specific event. on a specific date, a shockingly early date, in September of 2020, one that involves the Trump adult children. The report states that the Committee has evidence confirming that the Trump family was already discussing alternatives in the event Trump lost the 2020 election. To the extent evidence of a plan existed, it almost surely focused upon a means by which the House of Representatives would determine the winner. From The Guardian:

The calls among Trump’s children and top aides took place at an invitation-only event at the Trump International hotel in Washington that took place the night of the first presidential debate on 29 September 2020, the sources said.

The select committee is interested in the calls, the sources said, since the footage is understood to show the former president’s children, including Donald Jr and Eric Trump, privately discussing strategies about the election at a crucial time in the presidential campaign…

And there is a particularly damning paragraph in the middle of the report regarding a Steve Bannon quote made on the night of the first debate:

“They’re going to try and overturn this election with uncertified votes,” Bannon said. Asked how he expects the election to end, Bannon said: “Right before noon on the 20th, in a vote in the House, Trump will win the presidency.”

The only shocking aspect of this story is that there is evidence on film. Many of us understood and even wrote articles in August of 2020 about the fact that if Trump lost, the obvious goal would be to convince red-state legislatures to declare their elections fraudulent and refuse to send electors, thereby depriving Joe Biden of 270 electoral votes, or send electors chosen by the red state legislatures, a plan that eventually led to the “fake electors” scheme. Many of us understood and wrote about the obviousness of a plan to get the election to the House of Representatives.

Mark Meadows sent emails as early as November 7, 2020, about a plot for Republican-controlled states to send “alternate” slates of presidential electors to Congress on January 6 and texted a member of Congress about the idea, saying, “I love it,” the House select committee investigating the Capitol insurrection said.

Such a plan doesn’t come to fruition over 72 hours. They are formed over months and years. Indeed, there has been coverage of the GOP exploring “12th Amendment options,” utilizing red state legislatures to overcome results in increasingly purple or blue states (Georgia, Arizona) for years. The 12th Amendment concerns are also the focus of people who say that 2020 was a practice run for 2024. Republicans understand they are a minority party. Now, it looks like there is evidence about the formation of such a plan among the Trump family caught on film.

To the extent that Trump’s children, Don Jr., Eric Trump, and Ivanka, were caught up in the middle of the “rigged” and “fraud” accusations, giving speeches on the Elipse in support of the plan, they are exposed as co-conspirators to any sedition charge that Mark Meadows, John Eastman, or Donald Trump himself, might face.