The single most openly racist person one could consider as “somewhat prominent” on a national level, self-described “pro-white nationalist” Lara Loomer, lost the Republican primary to incumbent Rep. Dan Webster for Florida’s 11th Congressional District by a mere six points last night, shocking most observers. It is almost impossible to escape the fear that the only limit to the MAGA rightward creep is time. Perhaps Loomer is just two years early. 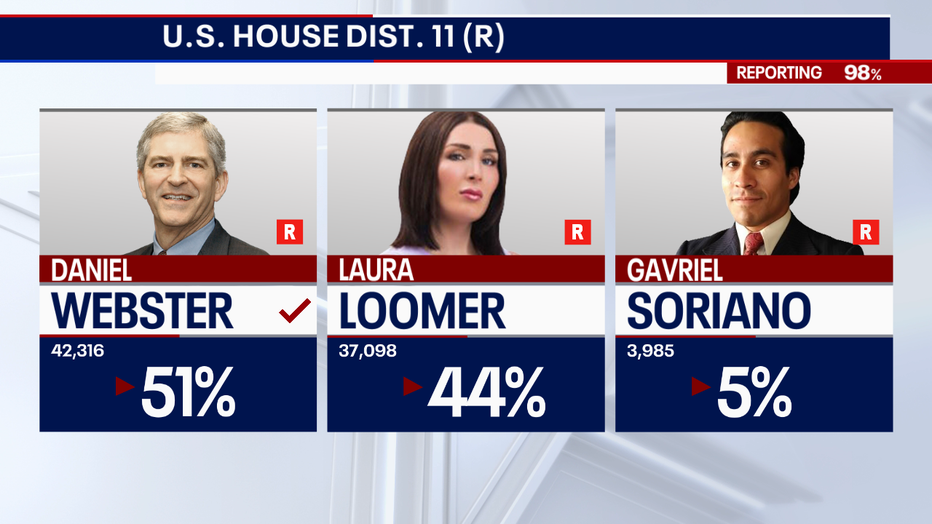 Florida Republican Rep. Dan Webster on Tuesday narrowly defeated Laura Loomer, a far-right provocateur in Florida who’s been banned on some social media networks because of anti-Muslim and other remarks. Webster had been in an unexpectedly tight race against Loomer, a nationally known activist who sought to align herself with former President Donald Trump.

Webster, who has served central Florida districts since 2011, won the primary for a race in Florida’s 11th District, which is home to The Villages, the nation’s largest retirement community, and a GOP stronghold.

Given that Loomer is a mega-MAGA, too far right – for now – to be officially recognized as one of the tribe, she naturally refused to concede. From Mediaite:

“I’m not conceding, because I’m a winner. And the reality is, this Republican Party is broken to its core.”

To be sure, Loomer won a 2020 Republican primary, but that primary was held in Florida’s 21st District, a Democratic stronghold with little Republican interest. She lost the general election by 20 points. This race, however, in Florida’s 11th Congressional district includes the exurbs of the Tampa area, spreads over the blood red retirement center that is “The Villages,” and stretches to the Orlando exurbs. This is solidly Republican and Loomer, going up against an established, non-controversial incumbent, came within six points. A large 44% of the GOP-MAGA voters were aligned with a woman who has said of herself (in 2017): “I totally support ethnonationalism. Someone asked me, ‘Are you pro-White nationalism?’ Yes. I’m pro-white nationalism.”

It is terrifying. Loomer checks all the boxes, including the platform of grievance:

“What we have done tonight is really, honestly shocked the nation. We have further exposed a corruption within our own feckless, cowardly Republican Party. And that is exactly the reason why, right, I decided to go against the RINO Republican Daniel Webster, do-nothing Daniel Webster.”

Notice the pattern. Loomer has staked out a white nationalist position that would please Hitler, making Webster a “RINO” in Loomer’s voters’ world. We have seen this before, and, again, sometimes the candidate just waits for the party to catch up.

If things burst open with indictments against Trump or further Democratic victories which threaten the party of “grievance” further, one will be forced to watch the Loomers of the nation and see if the “Loomer-type” make gains in solid red areas.

It is important to focus on the fact that the Florida 11th is so red that it isn’t even representative of DeSantis’s Florida, where polls show that Democrat Val Demings leads Marco Rubio by four points, to keep some perspective. The nation itself remains majority blue. Even Florida is at least 50-50 blue. But these pockets of ultra-MAGA must be watched. Minority parties have seized power before, and history teaches that it quickly turns ugly.