The Senators behind Graham-Cassidy issued a statement warning that it is not a matter if their deadly legislation replaces Obamacare, but when it will replace Obamacare. "Every major health organization in this country ... thinks that their proposal is a disaster," Sanders said, standing right next to Sens. Graham and Cassidy. The CBO analysis on Graham-Cassidy may go down as the final death blow to the Republican efforts to repeal Obamacare, as the initial report found that millions and millions would lose their health insurance, and more Americans would lack comprehensive coverage. Sen. Orrin Hatch (R-UT) told disabled protesters who are fighting to keep their health care to shut up, and then had the police remove protesters as he had put the hearing on the Graham-Cassidy bill into recess. Death of a GOP talking point: The losses under Graham-Cassidy would in fact be "devastating for the other five 'bribe target' states: Arizona would now lose $3.3 billion, while Alaska would still be $99 million in the hole, Kentucky would be down $2.7 billion, Ohio down $6.5 billion and West Virginia would lose nearly $1.5 billion," Charles Gaba reported. During a gaggle with reporters, Trump claimed that repealing Obamacare was never his top priority, which was a clear signal that Republicans still don't have the votes to repeal Obamacare.

On CNN's State Of The Union, Sen. Susan Collins (R-ME) said it was hard for her to see how she could vote for Graham-Cassidy. Sen. Chris Murphy (D-CT) warned Republicans that if they try to bring up Graham-Cassidy for a vote, he has 100 amendments ready to go that will keep the debate going until the reconciliation language expires on September 30. Repeat after me: This is not about improving health care in America or making your life better. It's an effort to tarnish the legacy of America's first African American president. Republican Senator Susan Collins has said she is "leaning against" the latest Republican healthcare bill, the Associated Press reported on Friday. U.S. Senator John McCain said on Friday that he would vote against a new Republican bill to dismantle Obamacare if it is brought onto the Senate floor next week, in a new setback for the proposal. Republicans aren't even hiding it. They are trying to bribe Sen. Lisa Murkowski by letting Alaska keep Obamacare if she will vote to destroy the healthcare system for the rest of the US.

Just like he has done two times before, Donald Trump is once again promising that Obamacare repeal will pass. If it doesn't, prepare for an epic Trump meltdown. U.S. Vice President Mike Pence on Thursday urged fellow Republicans to get behind the party's "last best chance" to repeal and replace Obamacare as congressional leaders scrambled to secure enough support ahead of a planned vote next week. Sen. Lindsey Graham (R-SC) confirmed to reporters that Senate Republicans would vote on a healthcare bill that will take insurance away from tens of millions and kill thousands of Americans who won't be able to afford health care each year next week. On his ABC late-night show, Jimmy Kimmel broke down the Graham-Cassidy Obamacare repeal bill. He exposed what the bill will do, and added that Sen. Bill Cassidy (R-LA) lied to his face about healthcare reform. Republicans Senators couldn't answer or dodged the question when they were asked if Obamacare repeal will make things better for the American people. 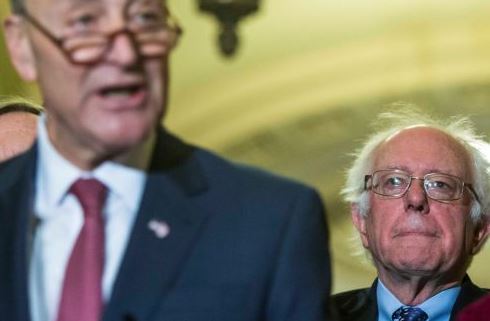 As Republicans are trying to rush through their final effort to repeal Obamacare, Democratic Congressional leaders along with Independent Sen. Bernie Sanders (I-VT) have asked for a full CBO score of the bill. Senate Majority Leader Mitch McConnell is launching one final attack on Obamacare, and if he gets the support of one more Republican Senator, the bill to take healthcare away from 32 million will be voted on during the last week of September.