Gov. Greg Abbott said nothing about guns but talked about gang violence in a bid to shift the focus after a new shooting in Uvalde, TX. The 1/6 Committee hearings have not changed Republican minds about reality, only about Trump’s viability. Texas state Sen. Roland Gutierrez said that Gov. Greg Abbott has been putting hurdles up to the Uvalde investigation and did not go to a single victim's funeral.

Gov. Greg Abbott amped up his anti-immigrant hysteria and showed how much of a threat Beto O'Rourke is to him on Fox News. Gov. Greg Abbott held a press conference and claimed that Texas law enforcement officials misled him about their response to the Uvalde shooting. 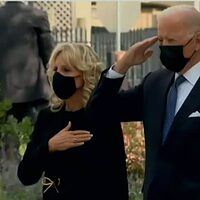 Texas Gov. Greg Abbott demanded that Biden stop providing baby formula to migrant babies in US custody on the border.

Texas Governor Greg Abbott (R) announced that his administration could challenge a Supreme Court ruling that states must provide education to all, including undocumented immigrants. Gov. Greg Abbott (R-TX) tried to save face, but after being exposed and nationally humiliated, he reversed his border truck inspection order.

Gov. Greg Abbott (R-TX) is taking migrants who have scheduled immigration appearances without their consent or the knowledge of the federal government and busing them to Washington, DC.

Gov. Greg Abbott caved to pressure from Republicans and Democrats and ended his sham obstruction of the border with truck inspections. Beto O’Rourke, the former Texas Representative who ran one of the closest Senate races in Texas history against (but ultimately losing to) the incumbent Ted Cruz, announced that his campaign has raised more than $7.2 million since he announced his run for governor. All of that money was raised in the month-and-a-half since he decided to run; with more than $2 million raised in the first 24 hours of launching his campaign,

O’Rourke’s fundraising haul is a record for a Democratic candidate in Texas.

“I’m grateful to everyone who helped us raise more than $7.2 million in the first weeks of our campaign,” O’Rourke said in a statement. “While Abbott is taking million-dollar checks from the CEOs who profited off of the grid collapse, we’re receiving support from people all over Texas who want to ensure that our state finally leads in great jobs, world class schools and the ability to see a doctor.”

The announcement comes a week after O’Rourke held a campaign event in his hometown of El Paso, during which he criticized Governor Greg Abbott, a Republican, for his record on public health and his attitude toward border communities as well as the Texas electrical grid, which infamously went down during a deep freeze last year that claimed the lives of more than 200 Texas residents.

“We have a governor who does not trust Texas. He doesn’t trust border communities,” O’Rourke said. “We are a city of underdogs.”

“We have another underdog team right here, right now… With your help, with this team, we are going to win the race for governor of the state of Texas,” he added, further accusing Abbott of treating communities like El Paso “as a prop to stoke anxiety, fear or even hatred.” read more

Beto O'Rourke announced on Monday that he is running for governor of Texas against Greg Abbott.

Greg Abbott has instituted plenty of policies that make it harder for Texans to stay safe from COVID. As a result, the state is currently seeing yet another surge of the deadly disease.

Abbott, though, has made it very easy for himself to stay safe from COVID. The Texas governor has not only been vaccinated against the disease, he’s even received a 3rd booster shot. And in announcing that he had COVID, Abbott announced that he will be treated the the expensive drug Regeneron.

“It’s absolutely maddening, Joy. It’s the height of hypocrisy. You put out the stats there. Texas right now has one of the worst COVID-19 situations. Only 314 ICU beds are left in a state of 29 million people. More pediatric cases of COVID, I think, right now than any other state, or right around the same amount as Florida.”

Texas is the biggest red state in the county. And because of that, many of its residents have refused to get inoculated against COVID-19.

Governor Greg Abbott certainly hasn’t helped matters. Like, Ron DeSantis, his counterpart in Florida, Abbott is more focused on making the virus a culture war issue rather than actually doing anything about it.

And cases are skyrocketing in both places. In fact, 40% of the new cases in the entire country are coming from either Texas or Florida. Things took a dramatic turn for Abbott on Tuesday as the governor announced that he has COVID-19. Interestingly enough, on the same day, the state requested 5 new mortuary trucks from FEMA.

The mortuary trucks were commonly seen in the early days of the pandemic when states like New York and California were experiencing thousands of cases. They weren’t expected to be needed again once the vaccine for the illness was introduced.

We don’t know of any place that needs these now due to COVID, but part of a response is being prepared for what could happen. Knowing that it takes a few weeks for these to arrive, we wanted to go ahead and put the request in.” read more

Dallas and Bexar Counties are in limbo after the Texas Supreme Court temporarily halted lower court rulings that allowed local government agencies and school districts to implement mask mandates, which defy an order from Governor Greg Abbott (R). A hearing on the temporary injunction is expected today. read more

Governor Greg Abbott has cared much more about fighting the COVID culture war than about keeping people safe. Like Ron DeSantis, the Texas lawmaker has banned mask mandates in his state.

overnor Abbott has been clear that we must rely on personal responsibility, not government mandates. Every Texan has a right to choose for themselves and their children whether they will wear masks, open their businesses, or get vaccinated. read more