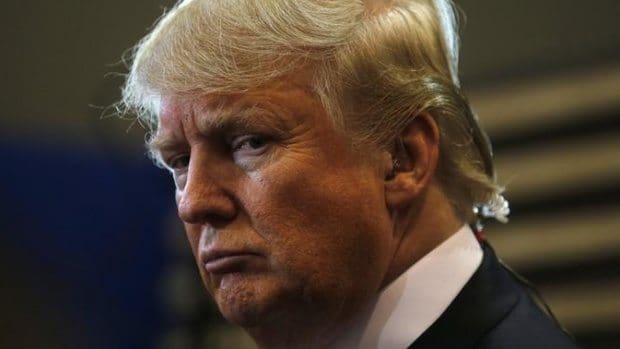 A new NBC News/Marist poll of the three states that gave Trump the presidency by 78,000 votes (Michigan, Wisconsin, and Pennsylvania) shows Trump’s approval rating falling like a rock, and if this keeps up, he will be a one term president.

Check out Trump’s disapproval ratings in these three states via NBC News:

Sixty-four percent of voters in Michigan and Wisconsin and 63% of voters in Pennsylvania said that they were embarrassed to have Trump as president. Voters in the three states are spilt on Trump’s performance on the economy, and 60% of voters believe that the US role on the world stage has been weakened under Trump.

The most potent argument building against Trump with voters is that he has embarrassed and weakened the country. The numbers also demonstrate that the President is one economic downturn away from the bottom falling out of his support. The only things keeping him the mid-thirties as far as his approval ratings are concerned are his diehard supporters within the Republican Party and Obama’s economy. Trump has done nothing to keep the economic growth going, and if he cuts taxes for the wealthy, history will repeat itself, and the economy will slow down.

The White House is obsessed with the Rust Belt because they understand that the slightest swing in these three states will cost them a second term. The reason why the White House wanted to talk about trade deals and infrastructure before Trump hijacked last week by supporting Nazis was that they are trying to appeal to these voters.

What they are ignoring is that their biggest problem is Trump’s lack of character and overwhelming ignorance. The White House should be very worried because Trump will soon be one-quarter of the way through his term, and voters in three key states are already itching to toss him out of office.