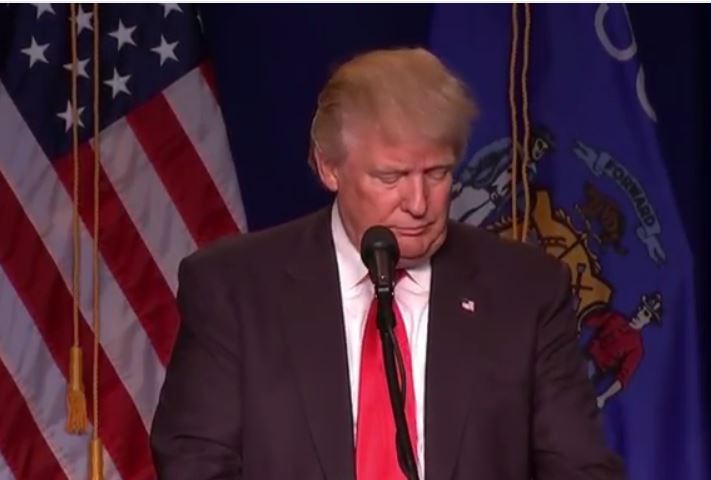 A new Quinnipiac University poll shows that many of the factors that are necessary for the American public to support impeaching a president a now present in Donald Trump’s poll numbers.

According to the Quinnipiac poll, Trump’s net approval rating has cratered to a new low of a net (-17). Only 38% of respondents approve of Trump, and 55% disapprove.

Unpopularity alone does not justify impeachment.

Trump’s character and how he is viewed by the American people is the dry brush that is one lit match away from becoming a forest fire.

Here are the numbers on Trump’s character:

55 – 42 percent that he does not have good leadership skills;

53 – 44 percent that he does not care about average Americans;

Sixty-one percent of Americans don’t think that they can trust Trump to do what is right.

The one element that is missing from the impeachment equation is a scandal with a smoking gun. Congress is getting more and more interested in the question of Trump’s potential collusion with Russia. However, there is no direct evidence to prove that Trump colluded with Russia. If evidence surfaces, Trump’s bad poll numbers could plunge even more and reach impeachment territory.

The only thing saving Trump is his popularity with Republicans. Because he is popular with the base, Republican members of Congress are unlikely to do a serious investigation of the President.

If Democrats win back all or part of Congress in 2018, Trump’s firewall vanishes.

No president has been this close to impeachment this early in his term in the history of polling.

Trump’s character combined with the mood of the country is setting up a perfect storm for an epic political scandal that could result in impeachment.

One presidential political scandal is all it would take to set the nation ablaze with talk of impeachment.